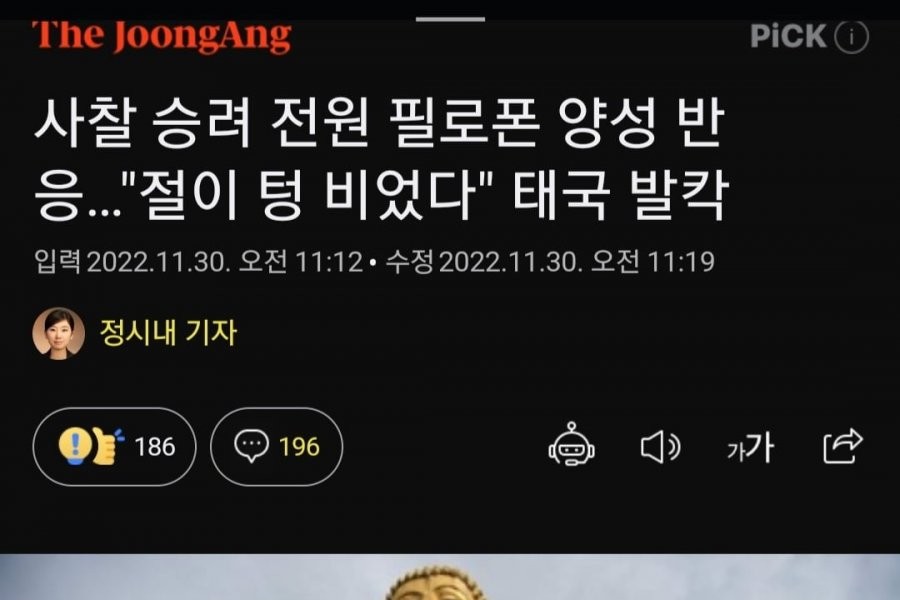 All temple monks tested positive for methamphetamine…The temple is empty Thai feet
Foreign media reported on the 29th that all monks at a Buddhist temple in Thailand were left empty after testing positive for drugs According to foreign media reports such as AFP, ABC News, a temple in Bungsampan, Petcha Boonju, Thailand
httpsnnewsnavercomarticle0250003242447
It’s a country that opened up cannabis,
I guess it’s beyond your imagination